Karate is another of our core sports and a very popular choice for both children and adults. Our style of Karate is Kyo Rei Shukokai and is taught by its founders, London Karate.

For bookings please call 07538497798 OR EMAIL.
For further information: www.londonkarate.co.uk

Classes are active and fun but also very disciplined.Like all of our other core sports there are many benefits that both boys and girls can take from karate including strength, stamina, agility, speed, self defence and as mentioned discipline. All of these are fantastic life skills that will help with development of young and old alike. 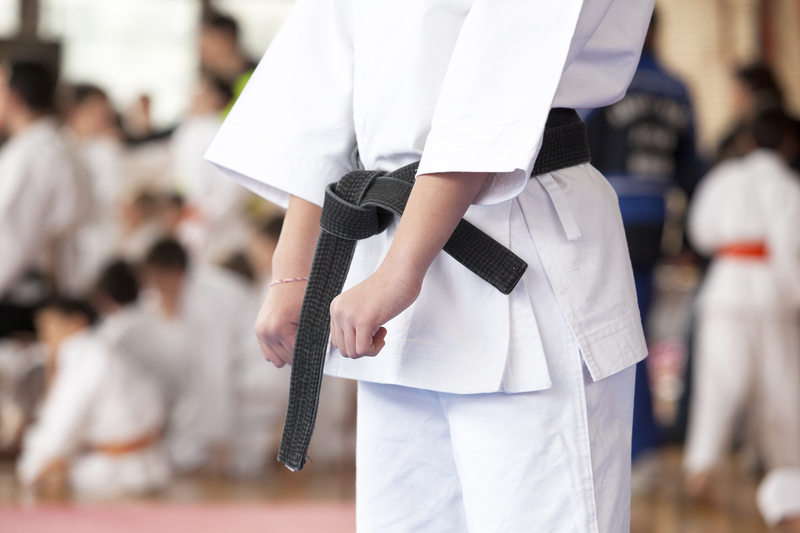 Karate is primarily about self defence teaching a variety of moves, holds and throws. We run karate classes for children as young as 4 and upto the age of 15. We have some of the finest karate coaches, some of whom have competed at international level thus ensuring we can guarantee a superb platform for you or your child when participating in karate.

Our karate classes are progressive in nature and all of our students follow the belt system, this is the perfect way to gauge their development in the martial art. We are very proud to have had children as young as 14 attaining black belt status and can confidently say this is something all of our students can aspire to. View the Karate belt grading system here.

Our karate students are also given the opportunity to take part in tournaments organised by The Park Club and London Karate that parents are also welcomed to come along and view, whilst these can seem quite aggressive in nature we can assure you that they are a huge source of enjoyment for all of the children and adults taking part and are run in an extremely safe and controlled manner, they are a sight to behold. See what tournaments we have here.

As with our other core sports here we pride ourselves in the equipment and facilities we are able to offer our members, Karate is no different. Our mirrored studios are a great example of this and a vital tool in assisting any karate student learning vital moves. As well as this we have just about the best safety mats available for martial arts. Our mats well exceed the safety standards of mats used for the purpose of throws, jumps and falls thus ensuring as safe a environment as we can possibly provide.

For any information regarding our karate programme please contact the club reception, alternatively you can speak to one of our karate coaches who will be more than happy to help. Click here to read more information. 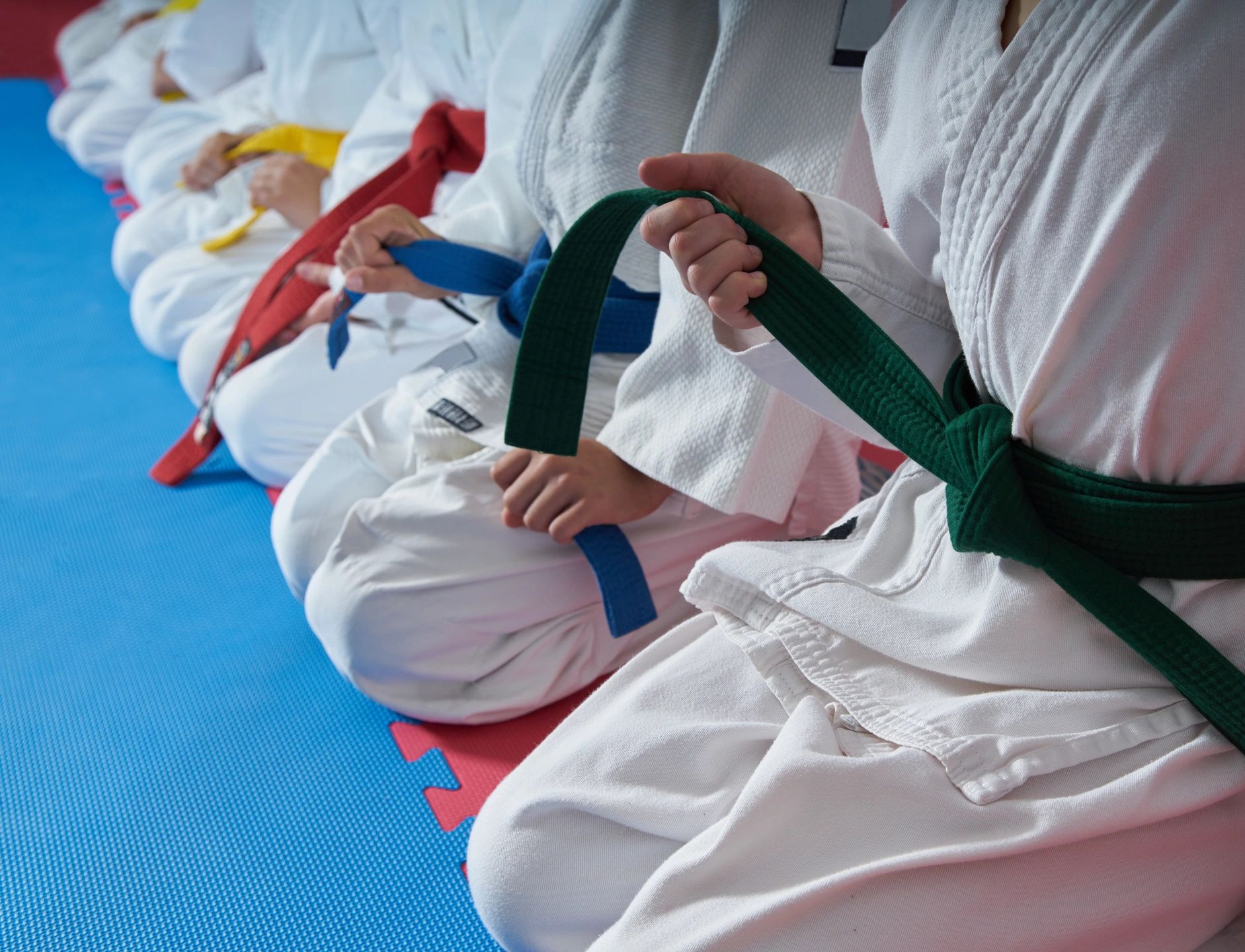 Who are London Shukokai karate?

Karate is a martial art developed in China and later Okinowa over the last thousand years. Karate is a Chinese word that can be interpreted as either open hand or empty hand essentially it implies that one is fighting without weapons.

London Shukokai Karate was formed in 1992 by our Chairman Sensei Robin Horsfall 6th Dan. Sensei Robin began karate in 1981 under the guidance of World Chief Instructor Sensei Shigeru Kimura 8th Dan. Kimura had studied Shito-Ryu karate in Japan but he developed his punching style over the years to a point where his students were visibly different. As a result Shukokai-do became the Kimura system and is renowned in the martial arts world as the most effective and powerful punching style in karate.

Sensei Robin Horsfall was a special forces soldier when he began learning karate and introduced other aspects of fighting to his classes. When he broke his neck in 2011 he handed the position of Chief Instructor on to his oldest son Alexander who at the age of thirty-five years is already a 5th Dan. Alex studied karate at his father knee since birth and has won many national and international sport karate trophies. He now oversees thirty venues and more than one thousand students in West London.

Learning karate is a study that takes several years. In ancient times there was only one belt which was white, as the years passed the belt became grey and eventually black with age and wear. Today a student is rewarded with different coloured belts which symbolise the period of study in the same way as the old white belt. Children are given more belts than adults so that they can measure their progress and develop a sense of achievement. Black belt is not the peak of achievement in karate. There are ten Black Belts known as Dan grades. The first Black Belt is called Shodan-Ho or Provisional Black Belt 1st Dan. After a suitable period of up to a year the Shodan-Ho is promoted to Shodan and is then considered to be a serious student. As the years pass a determined student will achieve 2nd Dan in two years 3rd Dan after a further three and so on. The study of karate is a study of self and never ends.

The Black Belt is the target that most new students aim for and with hard work and study this can be achieved in about seven years for children and four years for adults. There is no competition for belts they do not indicate an individual’s fighting ability they only show how long and hard the individual has studied. Students who are fit, tough, natural athletes will have to improve as much as a less gifted individual.

Karate is a ‘Fighting Art’ but initially the drills and training are about learning new skills. This involves constant repetition of standing positions to develop strength and balance and methods of movement similar to dance that allow the strength and balance to be maintained in motion. Once these are achieved then these positions and drills are converted into power, effortless power that that must be controlled. As students progress they will, through hard work and study develop self-discipline. They will require this self-discipline to control their power, to avoid conflict and to only use their skills when forced to defend themselves or a victim of violence. Great emphasis is placed on the requirement for those who study karate to be responsible well-mannered citizens who set a good example to others.

Children are not allowed to indulge in practise fighting until they become Blue Belts which can take about two to three years. However, they do practise set fighting moves that prepare them for the future. Adults are a different prospect but no individual is placed into a situation that they are not adequately prepared for. When an adult is ready they will be allowed to spar with more experienced students whose aim is to teach not to defeat.

Examinations take place three times a year and are a weekend event in West London. Students from all our clubs congregate to try to pass up to their next belt under the guidance of Chief Instructor Alexander Horsfall 5th Dan.

Sport karate is a fast athletic competition that takes a limited number of fighting techniques and allows fighters to compete to strike one another on certain target areas to score points. The impact is ‘controlled’. Injuring an opponent would lead to lost points or disqualification. Sport karate is an ideal way for students to develop their speed, fitness and skills to a higher level and to compete for trophies and medals. Sport karate will be included in the next Olympic Games so we intend to use our new dojo as a new premium development club to create future Olympians.

London Shukokai Karate regularly invite top international teachers to visit and teach our students. Shukokai-Do the name of our organisation translates as ‘we all train together’ we are an inclusive organisation and intend to give a positive experience to all those who step through our doors and ask to learn. We welcome them all and we hope they will all stay.

Our new custom designed central Dojo in East Acton presents students of all ages with the opportunity to study up to three nights a week in ideal surroundings. The air-conditioned room has a sprung floor and roll out floor mats. The new changing and shower facilities are unequalled in west London and there is a café and waiting area for children close by.