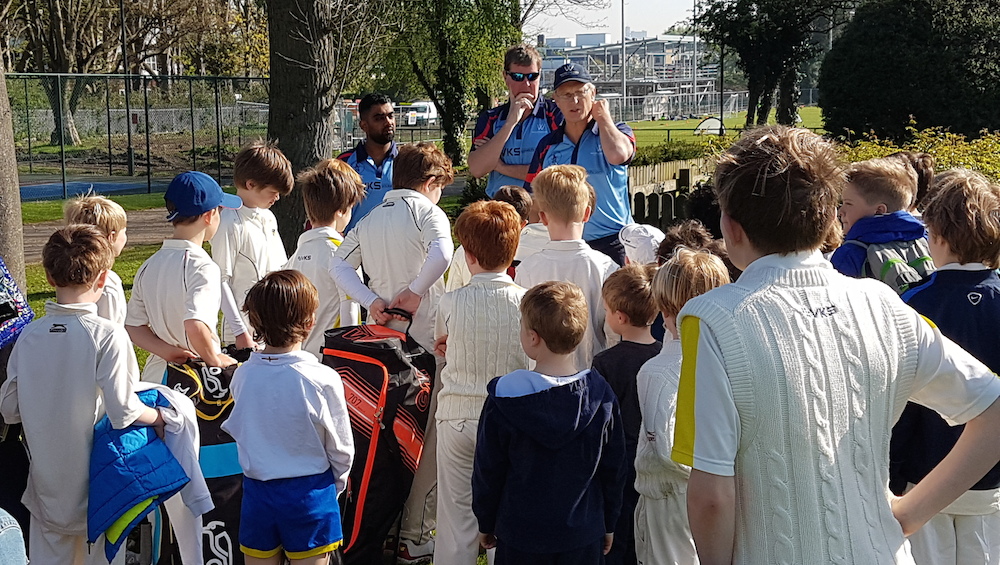 West London Cricket Academy is a brand new organisation with a wealth of experience. Headed up by ACC Chairman John Reeve and Park Club Cricket Coach Mark Williams, the new Academy is all about people, passion and performance.

John is a highly qualified cricket coach with the ECB Level 2 and – Club Coach Qualifications. He also holds the requisite qualifications for safeguarding with the ECB and a first aid certificate. He is DBS checked most recently updated in March, 2016. John has been involved with London cricket for 40+ years. He has coached both at local club and junior representative level for the last 17 years. He has played at all levels of amateur cricket in Middlesex since he was a junior.

John’s contacts in London cricket and the ECB are impeccable – he sits on many of the administrative boards with Middlesex County Cricket League, has been Chairman of ACC since 2004, has links to cricket in both India and Sri Lanka. He is known to all registered clubs in the London area having been on the grounds and facilities committee for Middlesex for the past 5 years. John was instrumental in ACC gaining Sport England's Clubmark Accreditation. He was named All Out Cricket Magazine Cricket All-Rounder of the year in 2015.

I have been coaching cricket for nearly 20 years. I was a good cricketer playing to a decent standard but nothing special. I had to work at my game and learn and understand technique to improve which has helped with my coaching. I was a New South Wales Churches cricket representative at Australian national championships - which despite its name was tough and demanding cricket. I continue to play in the Middlesex County League and represent Middlesex County at Vets level.

My initial coaching experience was in Australia, Coached at district level but also coached the New South Wales Churches u/19 side on a number of occasions at the national championships.

I commenced to coach professionally in the 2010-11 English cricket season - see Experience - after giving up a professional career because I wanted to do something I loved. since becoming a professional cricket coach, I have coached in Middlesex and West Midlands. I was the cricket coach at The Park Club in West London for a number of years, coached at club level - both seniors and juniors - in Middlesex and West Midlands and at primary and secondary schools.

I have a particular interest in coaching cricket techniques but at the same time have an overall philosophy of allowing players to develop their natural ntalents and enjoy the game I love. If I can instill in juniors a love and understanding for the game then my job is all but done.

"Mark is a tremendous cricket coach. He is always able to get the best out of the budding cricketer...whether it's someone who is new to the game and less confident in their ability to a more experienced, seasoned player who may need particular tweaks or development to their skills. He fills his sessions with proper technique, patience and good humour. And the kids love him".

"I think Mark is a cricket whisperer. He has helped install a love and understanding for the game in my son. His training sessions are a balance of fun, structure, technique and encouragement - they have built confidence and knowledge and built up a total novice up to be a confident school team captain".

"Excellent sports coach. I have seen Mark coach both football (Soccer) and cricket. He is has an excellent understanding of the games, the technicalities of playing and translates his knowledge into coaching. Mark has the ability to mentor guide and motivate his players to be their best!"

"Mark made an immediate and effective impact on a local football team getting ready for a tournament. Our team had a wide range of ages and talent represented. The lads were impressed by Mark's ability to quickly assess howthe team could improve. Most impressive was the way he worked with a couple key players, challenging them to think differently about their contribution in a way that won their respect".