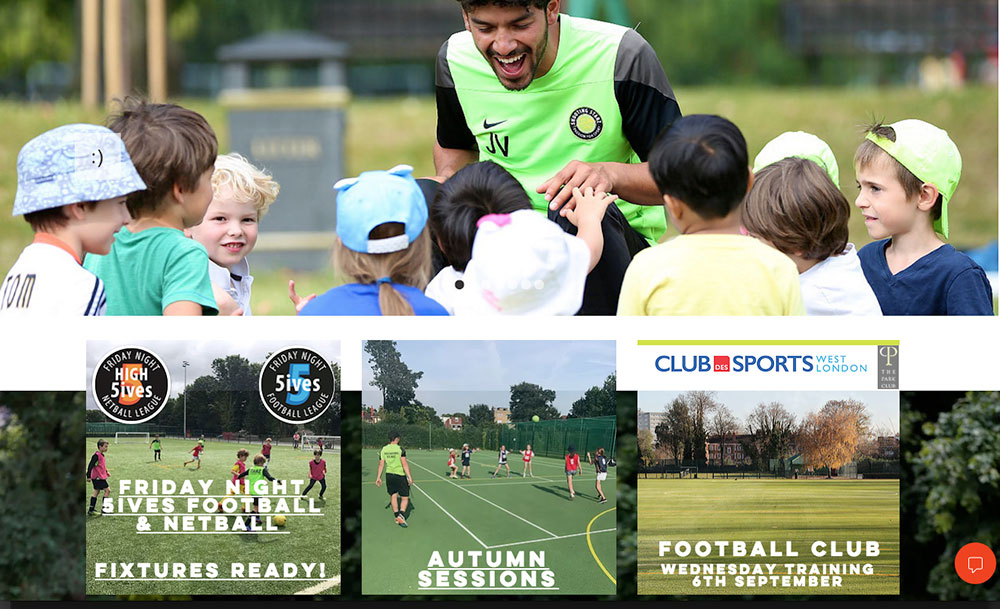 Thursday ‐ New Tag Rugby 4.30-6pm 14th  Sept – 21st Dec £10 per session for 13 week term pre paid  and £15 drop in
Session will include development through to mini games in preparation for Rugby FIVES and more!

The new and exciting Friday Night 5ives Football and Netball leagues will commence from the 8th of September. Join the Starz on a Friday night to watch the children compete in a Football / Netball 5 a‐side league, where they will work together to climb up the league table whilst you unwind and grab some refreshments from the new Café Des Sports.

Football- Weekend morning session for 3-13 year olds working on combining technical learning with tactical elements to improve overall game understanding and implementation. Improving the fundamentals of the game, working on new topics as the weeks progress.

Club Des Sports is the home of Starz FC. Home games will be played on the amazing 3G pitch, Wednesday training takes place for those registered to the Football Club. If you are interested in joining please enquire for limited spaces.